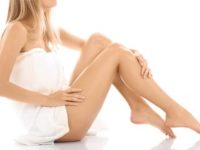 Both concepts are highly uncomfortable to talk about for most people and are issues most women deal with. It’s not always a favorable situation to be in as hormonal imbalance deals with the hormones being either too little or too much in the body and since hormones are your body’s chemical messengers, they play a big role in the functioning of your body system. Any imbalance in it can be highly uncomfortable to the system. It is the norm in most women’s bodies to produce an egg every month, which is of course until she reaches menopause when she stops producing them. The process of releasing eggs in the body can’t be done without the help from the Luteinizing follicle hormone which helps in increasing progesterone. Sometimes, however, it happens that no egg is produced and no progesterone is secreted instead oestrogen are produced. This imbalance causes the follicles to mature into fluid-filled sacs also known as cysts which grows every month until progesterone is released. Effects of this imbalance can include:

Polycystic ovarian syndrome (PCOS) and Ovarian cysts, ovarian cysts happen when the oestrogen level is high, making it dominant bringing about the inability for the lymphatic systems, colon, liver, and kidneys to eliminate waste. PCOS is a disorder in which poly fluid-filled cysts are existent in the system and male hormones are high due to the presence of luteinizing hormones. Avoiding meals that help the oestrogen level elevate is advisable, meals like meat and dairy.

This is another issue most women suffer from, which they find highly uncomfortable. Unwanted facial hair growth in women is thought to be both uncomfortable and unpleasant to look at. Not only is it unusual to see a woman with facial hair but it could also lead to bumps and rashes when you try to get rid of them using any other method. Such methods include; using shaving blade, waxing, shaving cream etc. Which may cause uncomfortable rashes, irritation and bad looking bumps. The best bet to avoid either of those uncomfortable after effects or reaction is to try laser hair removal which is safe, affordable and permanent hair reduction treatments.

If you are in the situation of having unwanted facial hair ruin your perfect appearance and you have questions like; what can I do about my unwanted facial hair? Well, the answer is to get laser facial hair removal treatments and at our clinic, we offer such services. We have the cool Glide laser system for the removal of unwanted hair which leaves no damage to the epidermis or surrounding tissue while also giving long-term and permanent results unlike other available methods of facial hair removal.